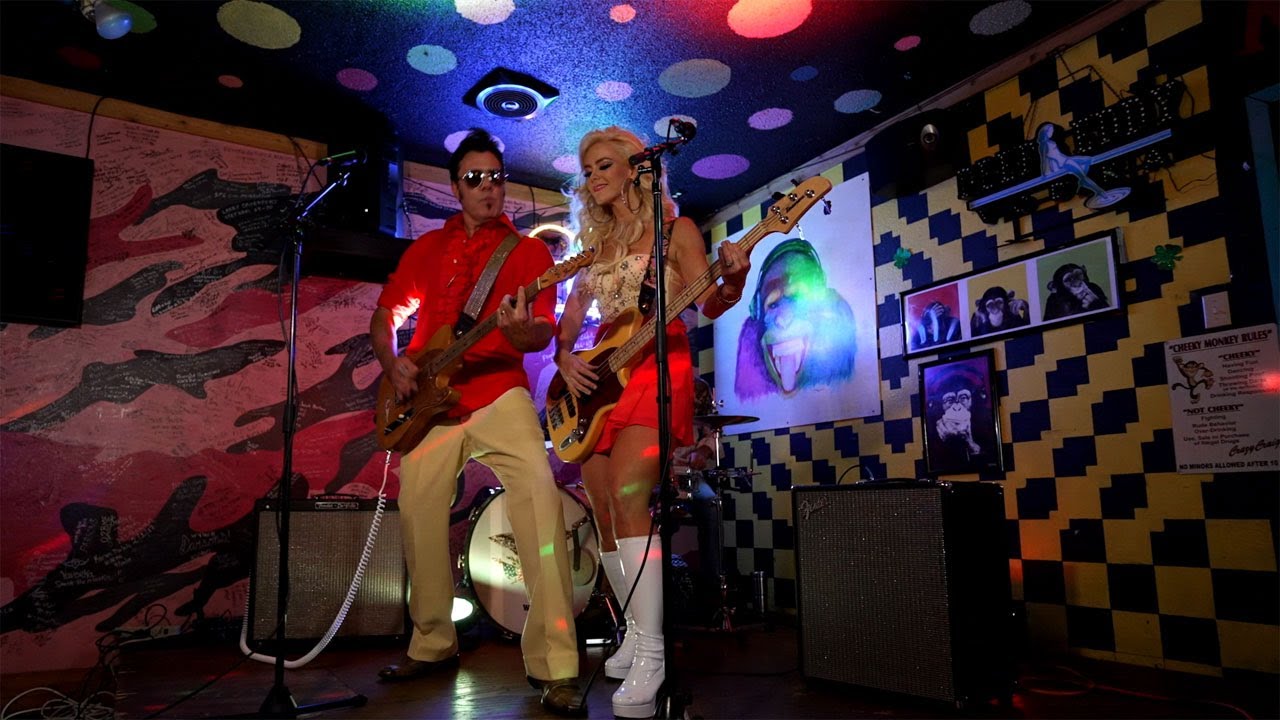 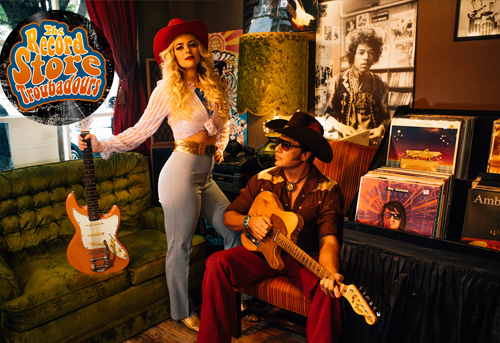 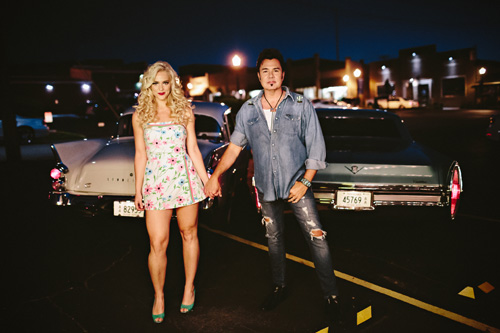 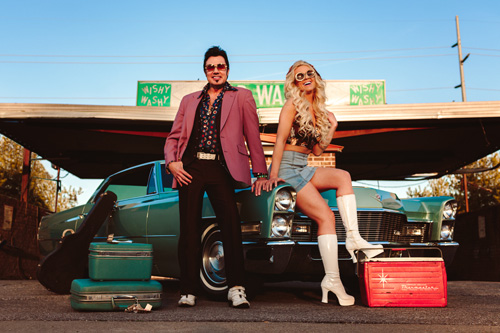 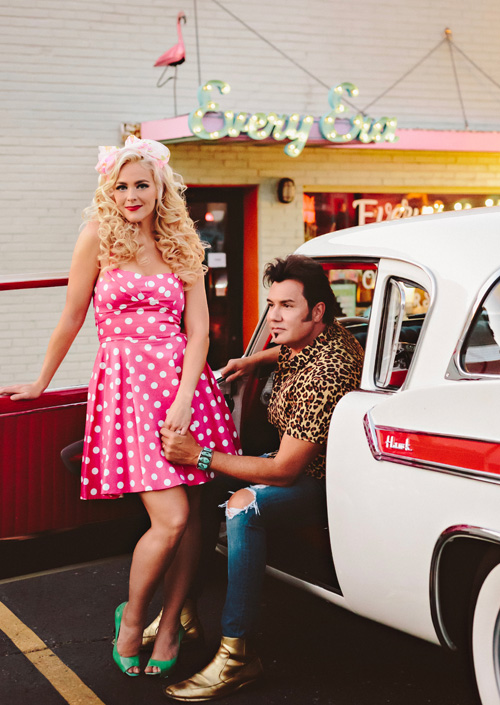 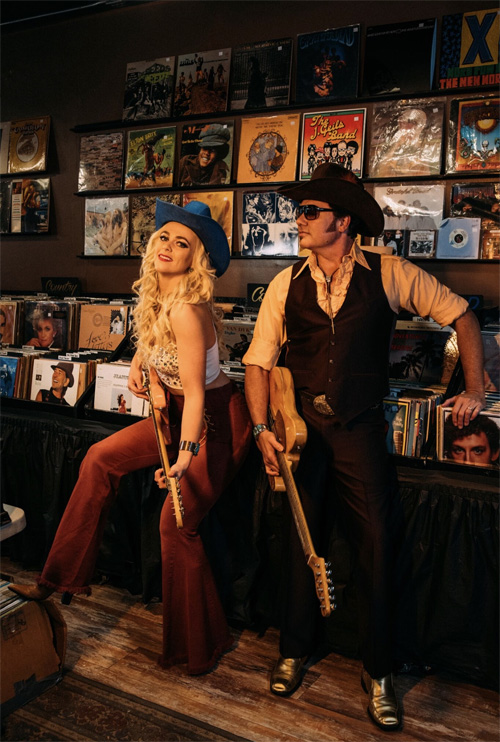 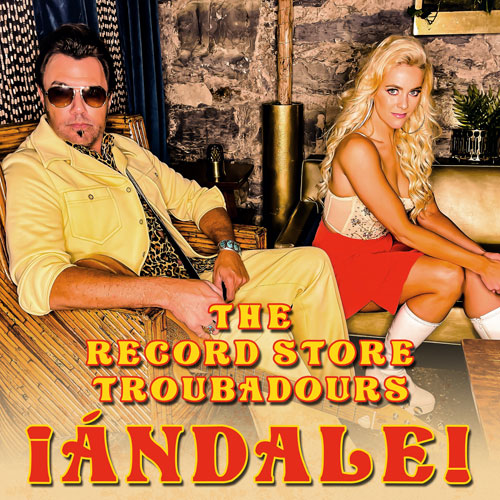 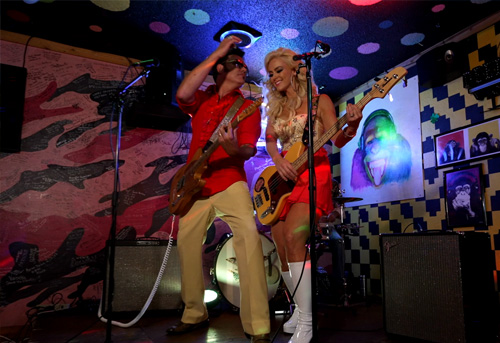 As he grew older, Eric Heatherly developed a hobby for collecting old guitars, baseball cards, vinyl records, posters and unique flea market finds. When he was in his twenties pursuing a record deal in Nashville, he was so broke as a working musician that he dressed himself and his band in all vintage clothing from the local Goodwill and Salvation Army stores, back before the style became hip and en vogue and when it was dirt cheap! As fate would have it, Heatherly’s retro style caught on with audiences and fans around the world. His hi-octane songs with rockabilly grooves became international hits. Performing in his two-toned, black & white Florsheim shoes (found in a Memphis secondhand store), wearing Rhinestoned Manuel suits and sporting pork-chop sideburns like Conway Twitty circa 1965, Eric became known as the new «Hep Cat» artist with endorsements from legendary guitarist, Duane Eddy and Playgirl Magazine awarding him the top-5 sexiest singers award.

Lindsey Heatherly immediately felt right at home in the atmospheric place, and it reminded her of growing up in the rural south. She took trips with her grandpa to his place of work, the local dump, where she would go treasure hunting as a child and learned to appreciate collecting «junk.» She learned to drive in the family’s 1970 Ford F-150 pick-up truck. Grindin’ gears on the way back home with a load of what looked like rusty trash, she was eager to shine and polish those forgotten memories of yesteryear into beloved pieces of art.

After school, Lindsey would watch her favorite shows such as, «The Brady Bunch», «I Dream of Jeannie», «I Love Lucy» & «Bewitched». As a teen, feeling she was born in the wrong decade, she would go thrift store shopping with her mom to try and find clothes that resembled the fashionable trends of those nostalgic shows. Her passion for 60’s-90’s era music and fashion began while sitting on shag carpet in front of the family console television watching her idols, Dolly Parton, Bonnie Raitt & Nancy Sinatra. A few years later, a modern music and fashion Icon, Shania Twain emerged onto the scene. She would inspire Lindsey Heatherly as well as millions of others and ironically, Eric was Shania’s guitar player at that exact time…

After attending college, she learned the art of performance and imaging by traveling from town to town as a professional musician playing music halls, festivals, and clubs. She homed in on her retro style and became a thrift store guru paving the way for her patented, «Hillbilly Glam» lifestyle.