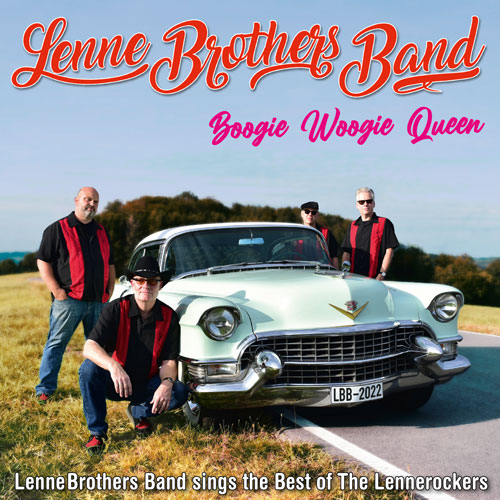 When the LenneBrothers Band performs on stage, a huge part of their act still includes the most successful and popular hits by the legendary band The Lennerockers. With some of the original songs now more than 35 years old and the audience constantly asking for updated versions. The band hit the sound studio to record new material for the album.

The Lenne brothers Stefan and Michael Ele Koch composed twelve of the fifteen tracks. The remaining three tunes are selected cover songs. A brand-new piece is “Guys Like You”. A musical tribute to some friends who have sadly passed, but who had a huge impact on the band’s evolution over the years. The track is marked by the hope that we will all get to see each other again on the other side one day, and join together to continue celebrating. Two former Lennerocker bandmates – Michael Schott and Chad Hawkins – were brought on board as guest musicians to cooperate in the new recordings once again. The original Lennerockers bass player Dieter Korth, however, tragically passed away shortly before going to studio to record. He can still be witnessed in full action playing as a special guest in the live bonus track from the Stadtfest Hohenlimburg in 2019.

The official music video for the new album’s title track has had more than one million YouTube views since its release. The song “Boogie Woogie Queen” has been clicked more than 10 million times on YouTube thanks to the live and dance videos.

Available now on:
Back
Next