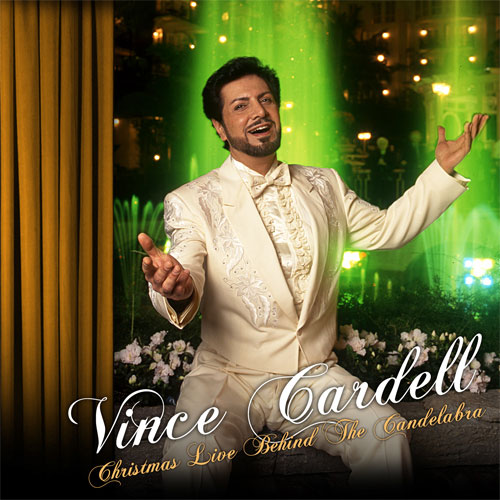 Christmas Live Behind The Candelabra

Vince Cardell “Christmas Live Behind The Candelabra” is the music from the original Opryland Hotel’s Vince Cardell Country Christmas Live Volume II. There is no music more beloved the world over than the glorious sounds of Christmas. This CD was so successful and beloved by the fans, that for seven years, Vince had to add a third show from November 1 through December 26th performing for up to seven thousand fans per night at Gaylord Opryland Hotel’s spectacular Cascades Showroom to satisfy the demand. Each year since 1986, radio has consistently revisited this memorable album by playing Vince’s extraordinarily popular version of “Ave Maria” with the recitation by former WSM radio announcer Gary Beaty and Vince’s memorable arrangement of “Carol of The Bells”.