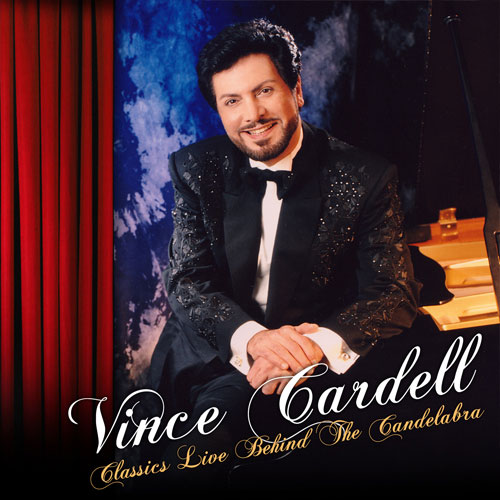 Classics Live Behind The Candelabra

Vince Cardell, “Classics Live Behind The Candelabra” is the music from the original Opryland Hotel’s Vince Cardell, Live At The Cascades Volume I. As Liberace’s protégé Vince played the world-famous “Twin Pianos” with his mentor for six years touring the world. Vince re-arranged two his most famous duets with Liberace, “Slaughter On 10th Avenue” and “Brazil” in the memory of his dear friend and mentor. His Finale was inspired by the splendor of Opryland Hotel, Born To a Southern Tradition, with music from the TV mini-series “North and South” and the feature film “Gone With The Wind” and songs “Dixie”, and “Battle Hymn”. Memories of his touring with Liberace lent inspiration to the songs “Blue Danube”, “Brazil” and “Evergreen”.