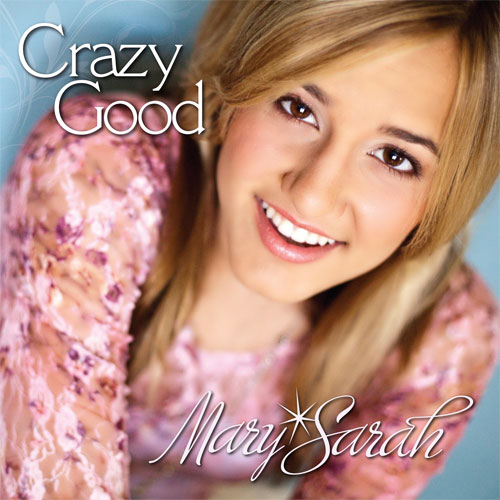 “Crazy Good” is the very first big studio album that Mary Sarah has ever undertaken. She also wrote 5 of the 9 songs with her sister, mother and her producer, Dwight A. Baker who has worked with other artists like Kelly Clarkson, Brandi Carlile, Bob Schneider, Blue October, Alpha Rev, and David Archuleta.

The EP is Country with some pop influences and rock that are a big part of who Mary Sarah is as an artist. “One Time Around” was featured on an album that raised money for Haitian Earthquake relief put together by the Music Editor of the Houston Chronicle, Joey Guerra, and was the lead single on the compilation album that featured many local and regional Texas acts and is one of her favorite songs. “New Crush” was written after her sister and Mary Sarah went into a restaurant on the way to record the album when they saw a boy that they said that “was the prettiest boy that we’d ever seen” which became the hook that we built the entire song around. “What About Me” was written about boys and the messy way they are and games that they play trying to date and relate to girls and describes those situations. Every girl asks the question at some point “What About Me?” in every relationship that they have like “am I THE one or not?”