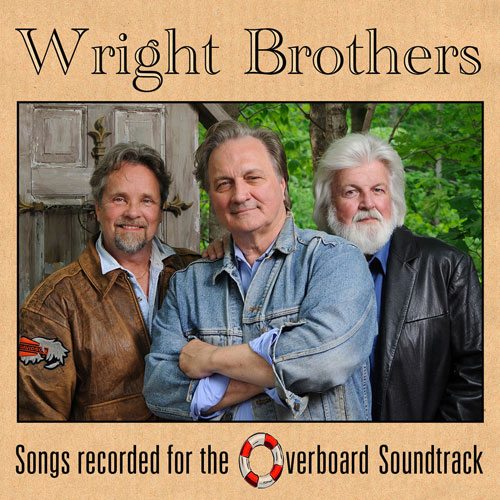 Songs recorded for the Overboard Soundtrack

When the film “Overboard” came out in December 1987, neither director Gary Marshall nor the production company, Metro-Goldwyn-Mayer, had expected that the film with Goldie Hawn and Kurt Russel would develop into a cult classic. In the US, “Overboard” grossed nearly $30 million at the box office – a huge success in those days.

“Overboard” is one of the big hits still being played on TV today. Only recently, a new film adaptation with Eugenio Derbez and Anna Faris was released.

In the planning phase of the original film, Gary Marshall asked the management of the Wright Brothers to contribute the songs for the film. All 15 songs that were originally submitted are now available, including the four songs (“Smoke Gets In Your Eyes”, “Jim Dandy to the Rescue”, “I Only Have Eyes For You” and “I Can’t Help Falling in Love With You”) that the Wright Brothers performed in the film.

With the album “Songs recorded for the Overboard Soundtrack”, fans now have the opportunity to listen to every song, and to judge for themselves whether Gary Marshall made the right choice.