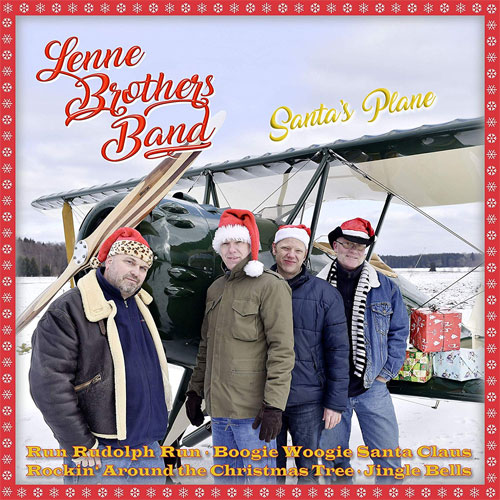 The Christmas album “Santa’s Plane” by the LenneBrothers Band carries on the band’s classic sound. Stylistically, it fits seamlessly with their previous albums, offering a mix of rock ‘n’ roll, rockabilly, old school country, and a touch of blues.

The diverse album is made up of eight original compositions by brothers Michael and Stefan Koch, as well as six selected covers. The guitar work is influenced by Chuck Berry’s “Run Rudolph Run” and the Johnny Cash guitarist Luther Perkin’s “The X In X-mas”, while the piano groove in songs like “Rocking Around the Christmas Tree” and “Boogie Woogie Santa Claus” show the clear influence of Jerry Lee Lewis.

The opener, as well as the album’s first single, is “Christmas All Over Again”, a snappy rockabilly-number with a very catchy melody and a chorus, which will be impossible to get out of your head. It’s a song that releases positive Christmas vibes, where each note creates more excitement for the holidays.

We’ll end with a quote from “Wild West Rockabilly Special”, the last song on the “Santa’s Plane” album, which brings the LenneBrothers Band’s new production straight to the point: “Some Rock ‘n’ Roll Before the Silent Night”.