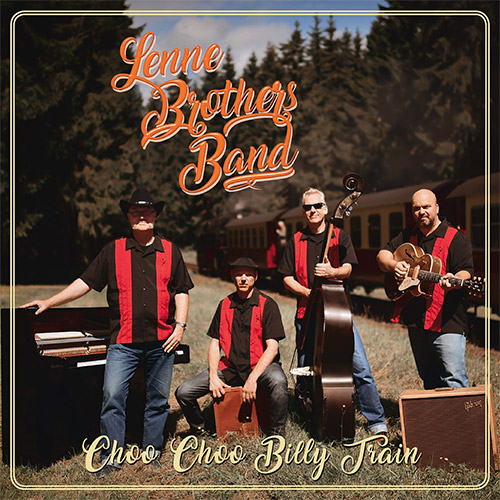 Although “Choo Choo Billy Train” is the LenneBrothers Band’s debut album, the rock ‘n’ roll and rockabilly fan community is already eagerly awaiting its arrival. Michael Koch and Stefan Koch are the founders behind the LenneBrothers Band, which started over 35 years ago. Now the brothers are presenting their new album “Choo Choo Billy Train” with a new combo and 15 catchy songs.

12 songs from “Choo Choo Billy Train” are produced by the brothers Michael Koch and Stefan Koch while three, “Big Boss Man”, “Turn Around” and “Some Like It Hot”, are cover versions the band has already played during their live performances.

“Choo Choo Billy Train” will be released on CD, as a download and as a limited-edition vinyl. Together with their 60 to 100 live stage performances per year, the LenneBrothers Band consistently continues to deliver The Lennerockers’ way. Cool rock ‘n’ roll songs paired with slick rockabilly and a touch of country music puts every listener in a good mood.

Available now on:
Back
Previous
Don't Mind If I Do
Next
That's The Way Love Goes