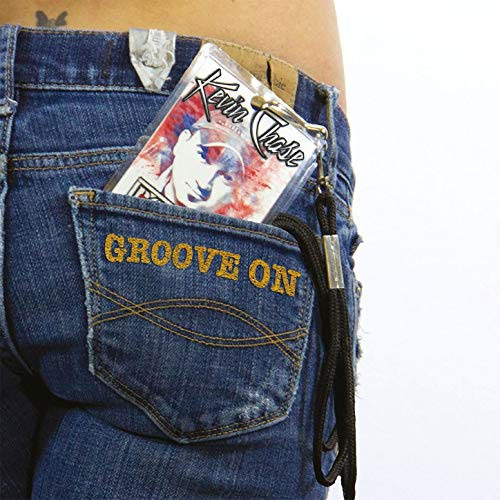 Saint John, New Brunswick. There are pleasanter spots than this harbour town in the northern part of Canada. The climate is tough, harsh. In the town as well, with its pubs and clubs that are much-frequented by sailors and adventurous visitors. In short, it’s a man’s world. The geography alone suggests that a native of Saint John would not necessarily be an exponent of Soft Pop.

So it’s hardly surprising that the opener on Kevin Chase’s new album becomes a bow: phonetically, “Whole Lotta Honey” doesn’t only sound like the AC/DC classic “Whole Lotta Rosy” – the brilliant guitar riff also brings the Australian Blues Rock gods to mind. But unlike Angus Young and the rest of the team, Kevin Chase has Country blood in his veins, and he seasons this fabulous Blues rocker with banjo and Country feeling in a high-proof sound brew. And you find yourself wanting more.

Songs like the title track, his own composition, or “Starting Something I Can’t Stop” by Joe West and hit writer J.T. Harding (e.g. Keith Urban, Uncle Kracker) take the signature of this Canadian Country and Blues Rock giant further. Each of the twelve titles on this CD, which was recorded at the Atlantica Studios in Saint John and produced by Anthony Little, confirm Kevin Chase’s standing as a competent singer/songwriter. His deep, whisky-hardened voice effortlessly marks his emotive songs with his own unmistakeable stamp. He is the living embodiment of the term “gruff but sincere”. He gives an impassioned performance of the emotionally charged power ballad “Try”, and pulls out all the stops in “You Are My Life”, a love song that is as beautiful as it is simple.

One particular highlight of the CD is his acoustic version of the Bad Company classic “Can’t Get Enough”. His symbiosis of spicy Country and smoky Blues Rock is simply perfection. Groove On – the name says it all!