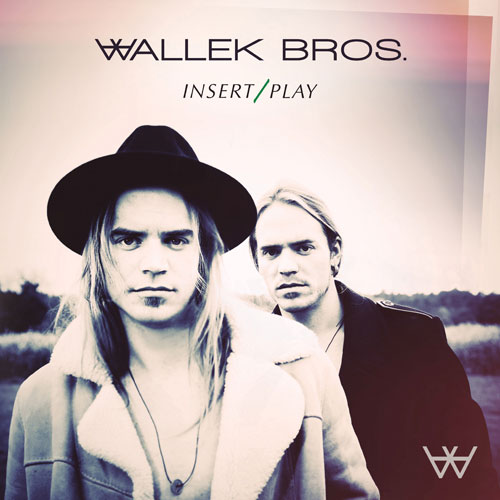 Insert and play! In line with the motto “Rome wasn’t built in a day”, David and Jan Wallek, better known as the Wallek Bros., used 2014 to complete their debut album “Insert / Play”. The result is a very mixed cross-genre debut album that will appeal equally to music critics, folk and rock fans. The Wallek Bros. have recorded 14 songs in a relaxed “living room recording process” for which David and Jan Wallek held the musical sceptre in their hands. As well as providing the vocals, the brothers also played guitar, banjo, bass and piano. The album was co-produced by Martin Claas. The twins’ brand new arrangement of the song “Bitter Harvest” by John Carter Cash has now made it to the compilation “Sounds Like Nashville”, something of which the German thoroughbred musicians are quite rightly proud.

“Insert / Play” is a multi-faceted debut that is well worth listening to and will undoubtedly appeal to all fans of earthy, honest rock music. Despite the very best tonal quality, it never fails to amaze how difficult it can be for German bands, including the very best of them, to get their music out to their audiences. However, thanks to AGR Television Records, the Wallek Bros. have now even managed to make the leap across the pond – although that is not so surprising when you listen carefully and without preconception to this debut album. So – insert, play, and enjoy!