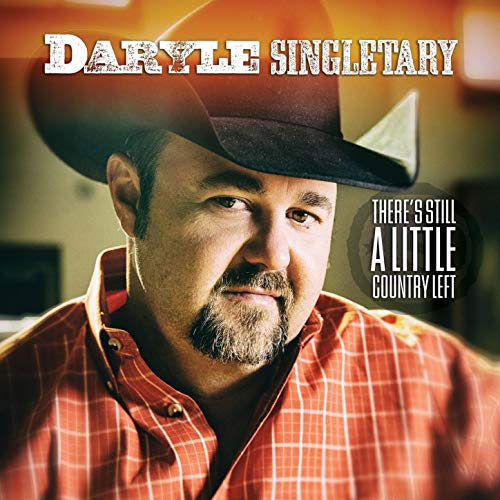 The album title says it all: there really is still a little country left. Even though more and more Nashville acts are replacing weeping steel guitars with roaring electric guitars so that they can rock out until… until the country feeling is just a tiny smudge in the landscape of sound.

But as long as there are singers and songwriters like Daryle Singletary, who hails from Cairo, Georgia, there will still be superb Country Music. Music that speaks to your heart. Songs that tell of quiet Sunday mornings (“Sunday Mornin’ Kind of Town”), a glass of whiskey too much (“Spilled Whiskey”), desires (“Like Family”), dreams (“Wanna Be That Feeling”), visions (“Too Late to Save The World”) and faith (“Say Hello to Heaven”).

Bits of wisdom that can trigger great feelings. This is ensured by the soft and gentle arrangements that are totally like the retro sound of the early 90s. But above all by the terrific warm voice of the 44-year-old storyteller. No wonder that Randy Travis – himself one of the last authentic ambassadors of country music – is one of his biggest fans (he even coproduced his debut album, which appeared in 1995).

20 years and six albums later, Daryle Singletary has been able to hold on to everything that made him one of the biggest acts in Nashville in the mid-90s: his penchant for romantic songs, his legendary sense of emotion, his magnificent voice; in short, his love for true country music. “There’s Still A Little Country Left” – on this album, there is much more than just “a little country”.