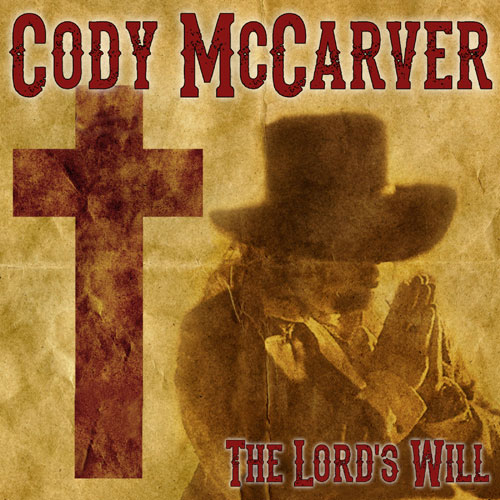 On April the 19th 2013, Cody received a phone call from the Tennessee State Prison where his father was incarcerated. Suddenly and unexpectedly his father had passed away. Cody states, “After fifteen years of visiting my father and fighting for his freedom, I never dreamed that this chapter of his story would end this way. I had prayed many times for God to help me free my Dad.

When I received the phone call that my father had passed away, I viewed my endless prayers as going unanswered. When I woke up the following morning, God put his hand on my shoulder and said to me, I answered your prayer, what more do you want? He had truly set my Daddy free.” Cody immediately put pen to paper and wrote the title track from his new gospel CD “The Lord’s Will”, taken from Luke 22:42, “not my will however, but your will be done”. Cody states, “The first two lines of the song say it all, “If you want to hear God laugh tell him your plans, you don’t write the script you’re in his hands”.