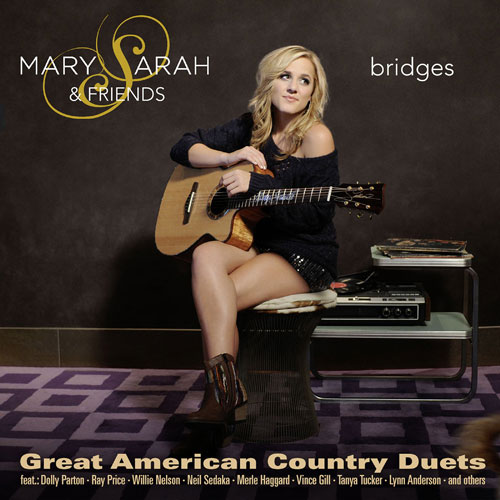 Mary Sarah’s album of duets with ten of the greatest living legends of country music is designed to promote the legacy of traditional country, while passing the figurative torch to an appreciative new generation. The track list includes “Jolene” with Dolly Parton, “Crazy” with Willie Nelson, “Fightin’ Side of Me” with Merle Haggard and “Heartaches by the Number” with Ray Price.

Also on the album are some of the most influential hit makers of the 70’s and 80’s including Ronnie Milsap, “What a Difference You’ve Made in My Life;” Tanya Tucker, “Texas, When I Die;” Lynn Anderson, “(I Never Promised You a) Rose Garden;” Vince Gill, “Go Rest High on That Mountain” and the Oak Ridge Boys, “Dream On”.

The project was produced by Kent Wells, known for his work with Dolly Parton as producer, band leader and lead guitarist. Wells engaged some of the most respected session musicians in town to track the album. This album is a labor of love, taking nearly two years to complete.