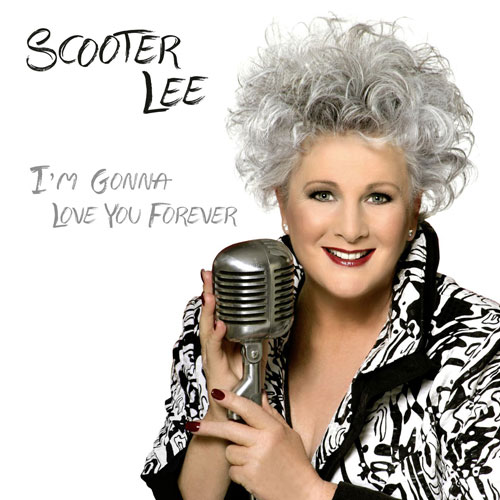 Scooter Lee confidently styles herself, “The leading Lady of Recorded Country Dance Music and Instructional Dance Videos”. And although it’s a name that sounds great, it doesn’t really quite do her justice. Because the blonde performer from New Orleans not only provides just what dance-lovers want, she also regularly publishes excellent Country albums. Since her acclaimed début in 1994 with “Honky Tonk Twist”, Scooter Lee has been considered one of the most consistently reliable names for the down-to-earth, gut-wrenchingly honest Country sound.

Her latest album, “I’m Gonna Love You Forever”, is no exception. Quite the opposite, in fact. The album, which was recorded in Nashville’s Sound Emporium Studios and produced by old hand Rodney Mills, has everything that good Country (rock) needs: fabulous songs, fabulous musicians and – a given in the case of Scooter Lee – a fabulous voice. Powerfully and dynamically, this bundle of energy sings her way through a repertoire of 13 songs. And along with classics such as the ever-popular “Hello Walls” (Willie Nelson) and “Take These Chains” (Hank Williams), Scooter Lee clearly demonstrates that she is no mean song-writer herself.

On titles such as the hymnally, pop-like “This Is My Country, This Is My Flag” and the emotional ballad “I’m Gonna Love You Forever”, she shares the song-writer credits with hit writers such as Jo Thompson Szymanski. The cheerfully rocking, swinging “Old School Bop” is entirely her own creation. And with it, she confirms quite definitely that she fully understands and masters the nuts and bolts of Country, Blues and Rock ‘n’ Roll.

Other highlights include her versions of Lyle Lovett’s “Why I Don’t Know” and Lee Roy Parnell’s country hit, “Country Down to My Soul”. Nashville’s top studio musicians such as drummer Lonnie Wilson, steel guitar ace Paul Franklin and guitarist are consistently at their very best. And not only here.