Pam Jackson’s song “Once Upon Another Time” gets music video 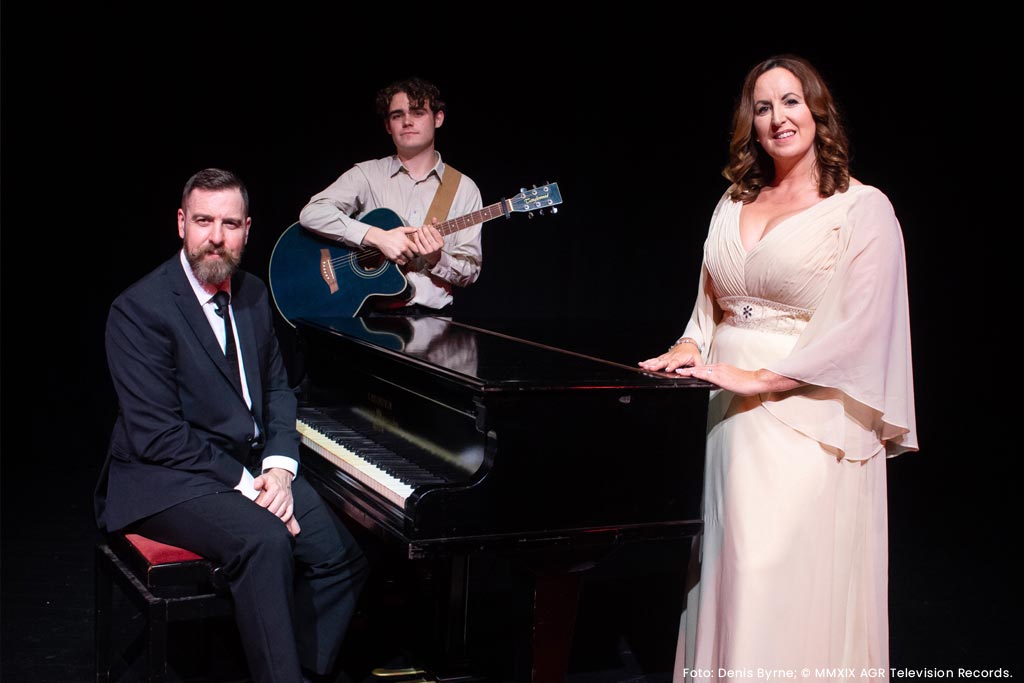 Pam Jackson recently released the single “Once Upon Another Time”. The song was written by Sandy Mason & Clive Westlake and is taken from her EP “Let the Healing Start“. The Irish country-singer notes: “The lyrics of this song ‘Once Upon Another Time’ really capture the idea of love throughout lifetimes between Soulmates, which I think resonates with a lot of people – so I wanted the video to be elegant and timeless.”

Last week Pam Jackson filmed a music video for “Once Upon Another Time”, at the Dunamaise Theatre in Portlaoise, Co. Laois, Ireland It is the first music video for Pam Jackson since “Guardian Angels” which was released in 2010. The video features Jim Sheridan (Musical Director for RTÉ’s “Late Late Show” band) on grand piano and Conor Finnegan (Crampton Spaces) on acoustic guitar. The video was directed by Steve Bloor. Pam Jackson says: “I thoroughly enjoyed having such talented guys alongside her in the video and it was great to be back working with Steve again.”

The Music video “Once Upon Another Time” will be sent to TV stations around the globe very shortly and will be available on popular social networks. The EP “Let the Healing Start” is now available on all digital platforms.