Linda Feller at number 1 in the charts with “Ab jetzt” 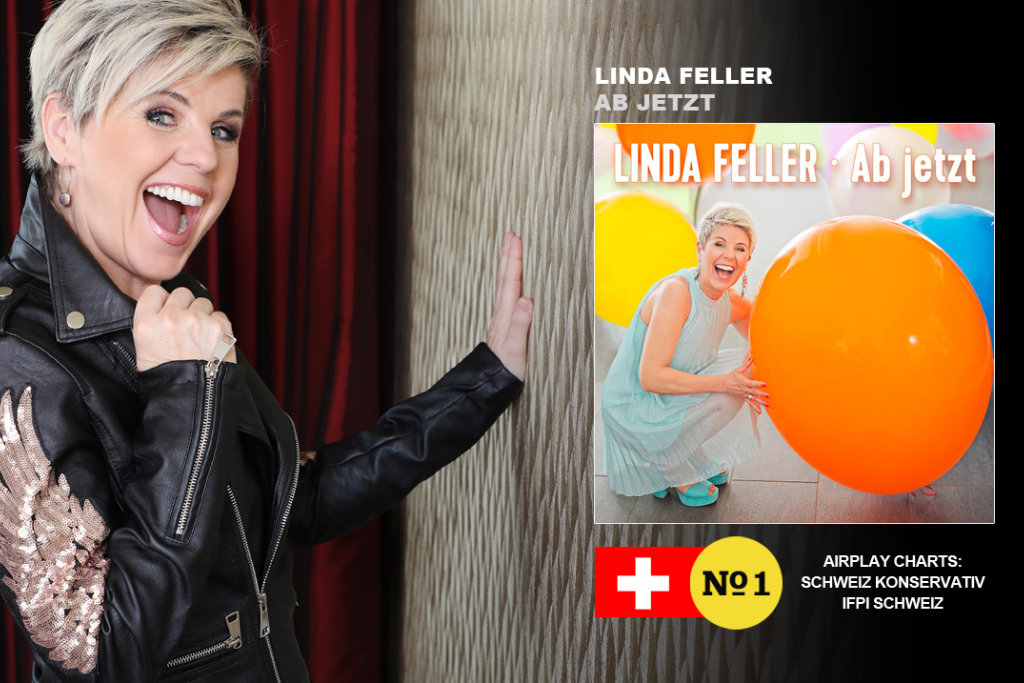 Over the course of 2020, Linda Feller has been able to celebrate quite a few successes. One of these is most definitely “35 Jahre – Das Jubiläumsalbum” (“35 Years – The anniversary album”), on which duets with Dolly Parton, Ray Stevens, Dickey Lee, Charlie McCoy, Ute Freudenberg and Muck are to be found. Linda Feller has also reached number 1 in the charts.

In the charts released on 6 November 2020, the Linda Feller single “Ab jetzt” (“From Now On”) has climbed to number 1 in the Swiss Airplay charts (conservative category). These charts are calculated by Music Trace on behalf of the IFPI (International Federation of the Phonographic Industry). During the five weeks before this, the single had occupied either number 2 or number 3 in the Airplay charts.

“Ab jetzt” is now the first number 1 which Germany’s most successful female country singer has achieved in Switzerland.

The first two single releases from her anniversary album have also been extremely successful in Switzerland. “Hätt’ ich ein andres Herz” (“If I had another heart”) rose to number 4 and “Liebe ist ein andres Wort für Wahnsinn” (“Love is another word for madness”) climbed to number 2. Linda Feller is thus the only German-language country singer to have had 5 singles in a row in the Swiss Airplay Charts (conservative category).

Linda Feller has also been successful in Austria. “Ab jetzt” spent several weeks in the Austrian Airplay pop charts. This resulted in her first radio interview with the Italian broadcaster RAI.

In November, Linda Feller will be appearing on Danish television to present her album.

The next single “Mein letzter Freund” (“My last friend”), which Linda Feller performs as a duet with Muck, the long-time friend who first discovered her, will be coming out in January 2021.